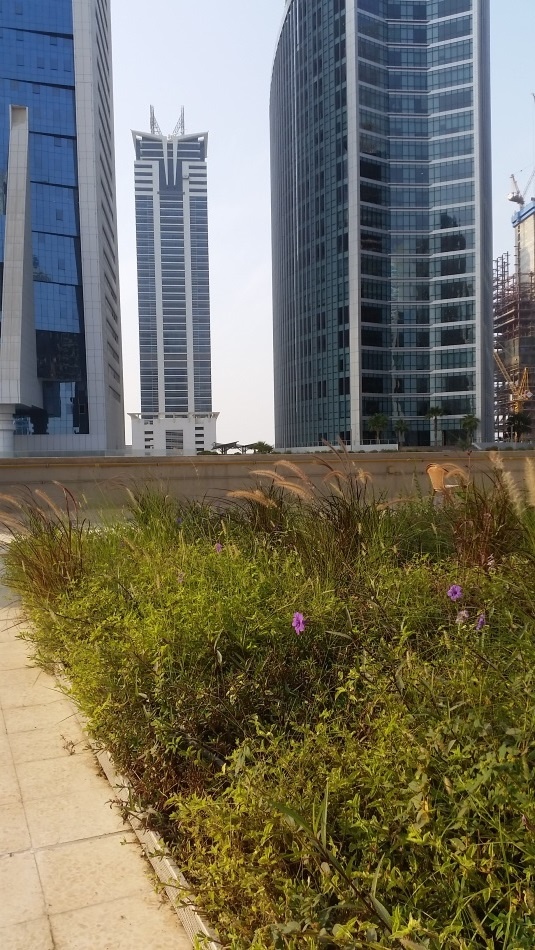 We have already been talking about the real performance of green roofs, in terms of improved energy efficiency, better storm-water management, lower heat-island effects and more – because it’s all about achieving good environment performance.

However, this time we look at the expectations of green roofs from the customer’s perspective.

Over the past years, Knauf Insulation have learned that many customers do occasionally read in more detail what green roofs are and what they bring. However, when it comes to initial discussions, you can clearly see that there are certain local aspects and requirements that contribute to the fine-tuning of green roof design.
Let’s narrow these aspects down to 4 crucial elements:

We will not go into any theoretical debates here, but rather focus on two borderline case stories, where customer needs particularly determined the type of green roof construction, and where employing a traditional green roof simply doesn’t work.

Let’s first start with the climatic conditions that green roofs need to survive under extreme heat and humidity. And when talking about extreme, we’re talking about summer daytime temperatures that can easily exceed 50º C / 120º F.

When looking at the green roof that Knauf Insulation installed in 2016 in downtown Dubai, the site where the Green Roof was installed is actually a roof on a four-storey building that connected two residential skyscrapers. The roof had been used as a recreational space where residents could meet and relax, either at a nice open bar/restaurant or by a nice pool. But, as it was paved entirely with concrete white paving stones, it definitely lacked some green space, so the green roof might have been a good solution.

There were a few main requirements on the investor’s side:

Initially, this seemed too much of a challenge to overcome. Knauf Insulation had to design a green roof no larger nor greater than 60 kg/m2 (12 lbs/ft), that would not consume more than 8 litres/m2 (0.3”) of water per day in the highest summer months, and would continue to look lush and green.

Just look at what they were able to develop using only 6 cm (2.5”) of growing media, which weighed less than 50kg/m2 (10lbs/ft) fully saturated. 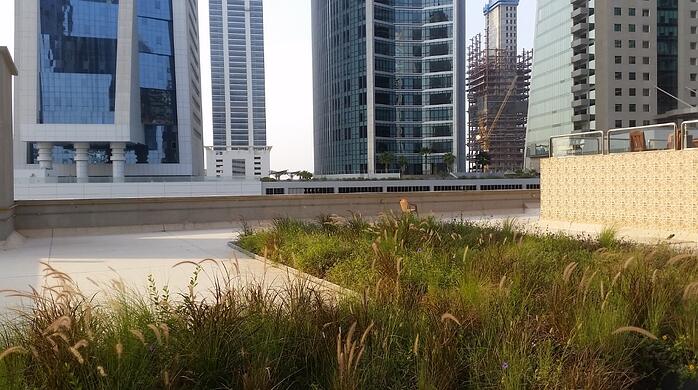 This other project was entirely different in terms of climate conditions. The project was executed in the Baltics – in Riga, Latvia – where winter temperatures can easily drop well below -20º C / -5º F.

Like the Dubai case, the Riga green roof was built in a residential area. The roof between the residential buildings was meant to be a recreational space, where families could relax late in the afternoon and watch kids play in the rooftop-playground.

The simplest green roof structure using grass over the entire roof would have been the cheapest alternative; however, this would actually require a lot of maintenance over the years to come, which would be a burden for future residents, so this idea was initially scrapped.

The following requirements were drawn up for Knauf Insulation to follow:

The vegetation part was relatively easy to comply with. The plants were selected by Knauf Insulation’s global partner Sempergreen. The use of all year-round green sedum species – so-called creepers like Album coral carpet, Acre murale, Sexangulare and similar – were musts in order to comply with the year-round appearance requirement. They don’t lose their leaves, but can turn a little reddish in extreme cold.

The difficult part here was to provide sufficient storm-water management with a thin structure that would not exceed the height of the pavers. This cannot be done with regular green roof soil, so a structure that employed Urbanscape Growing Media, just 4 cm thick (1.8”) was used. This 4 cm thick structure could still hold the majority of the annual rainfall (more than 70%) that usually pours down on the roofs of Riga. Once built and ready, the entire place looked fantastic, and complied with all of the initial requirements. 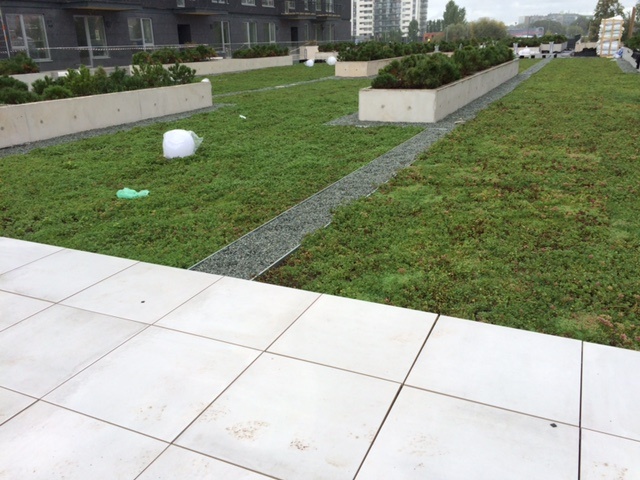 We all know that Urban Green Infrastructure is truly the industry of the future and in order to support faster growth, we need to respect the needs and wishes of our potential users. Sometimes this means that the need to look outside the box and beyond traditional ways of doing business.
Back to Home 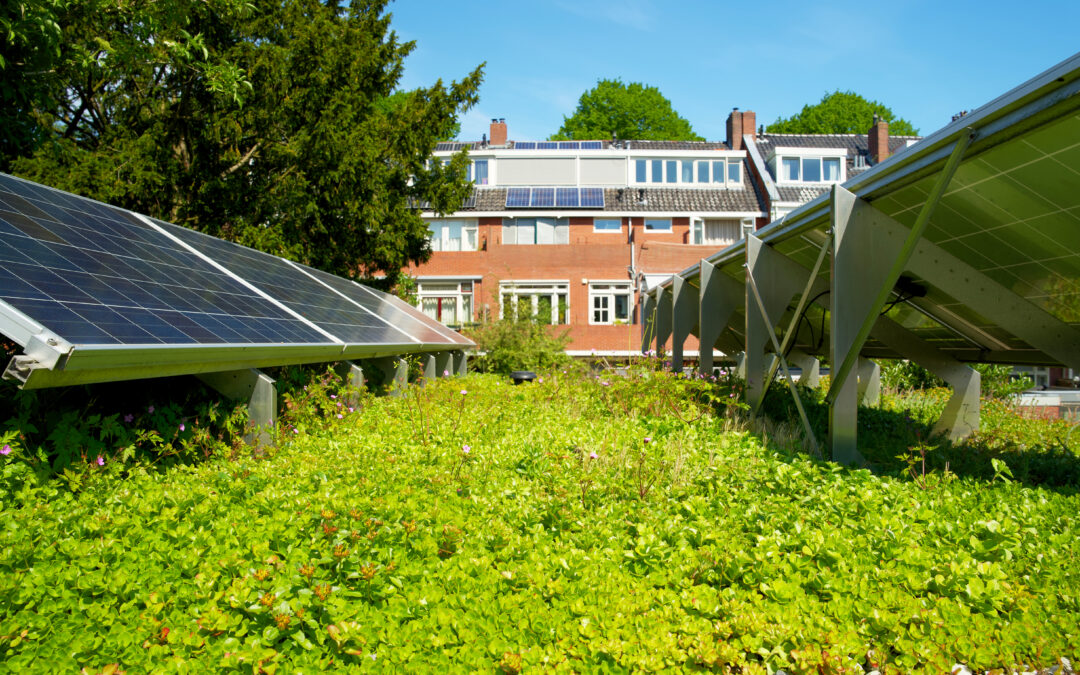 The European Solar Rooftops Initiative presents a unique opportunity to maximize the impact for cities and citizens promoting the combination of green infrastructure and solar installations on every rooftop and impervious surface where it is economically and... 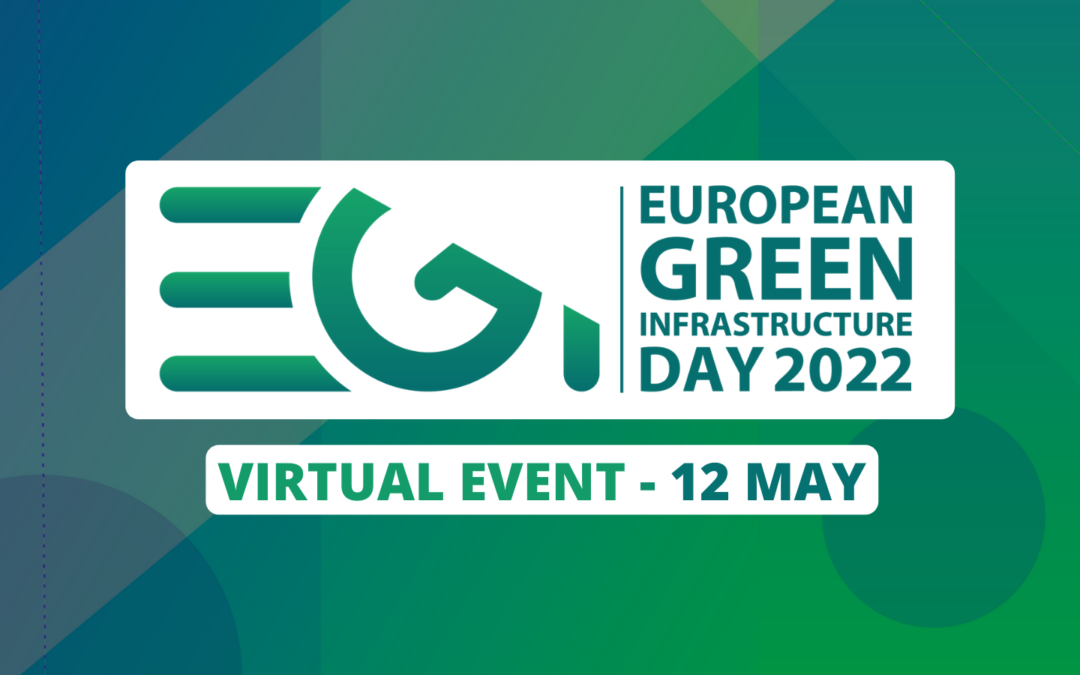 The policy conference organised by the WGIN EU Chapter took place online on 12 May, 2022.     After the successful first edition launched last year, WGIN’s European Green Infrastructure Day (EGIDay) was back for another exciting series of discussions on how... 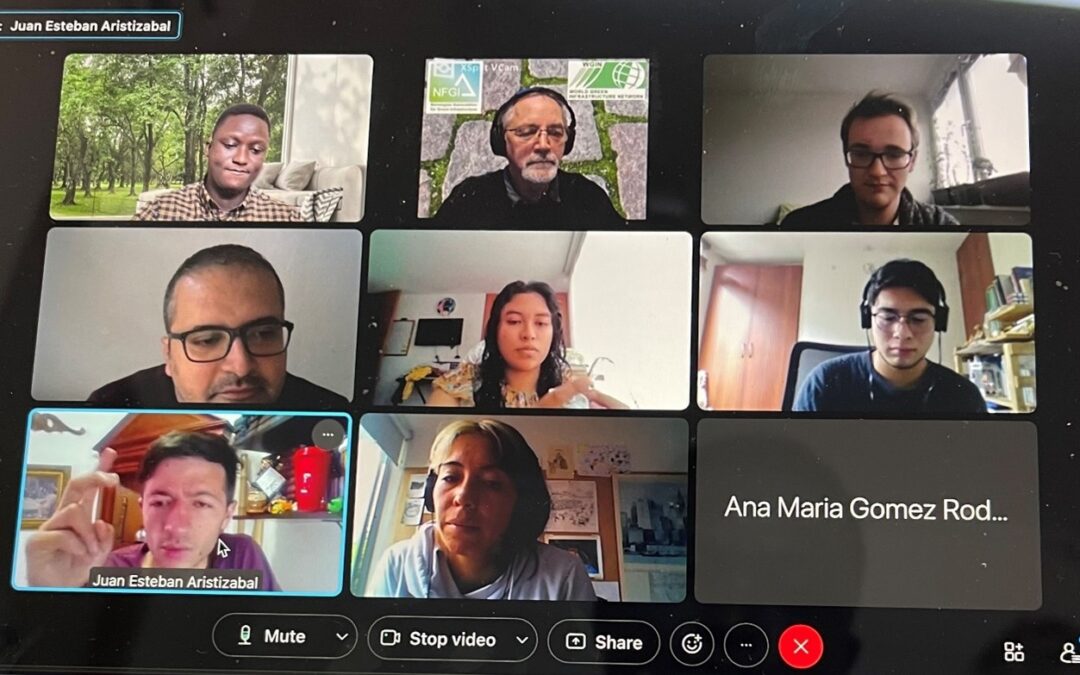