Learn about World Green Infrastructure Network and our global mission. 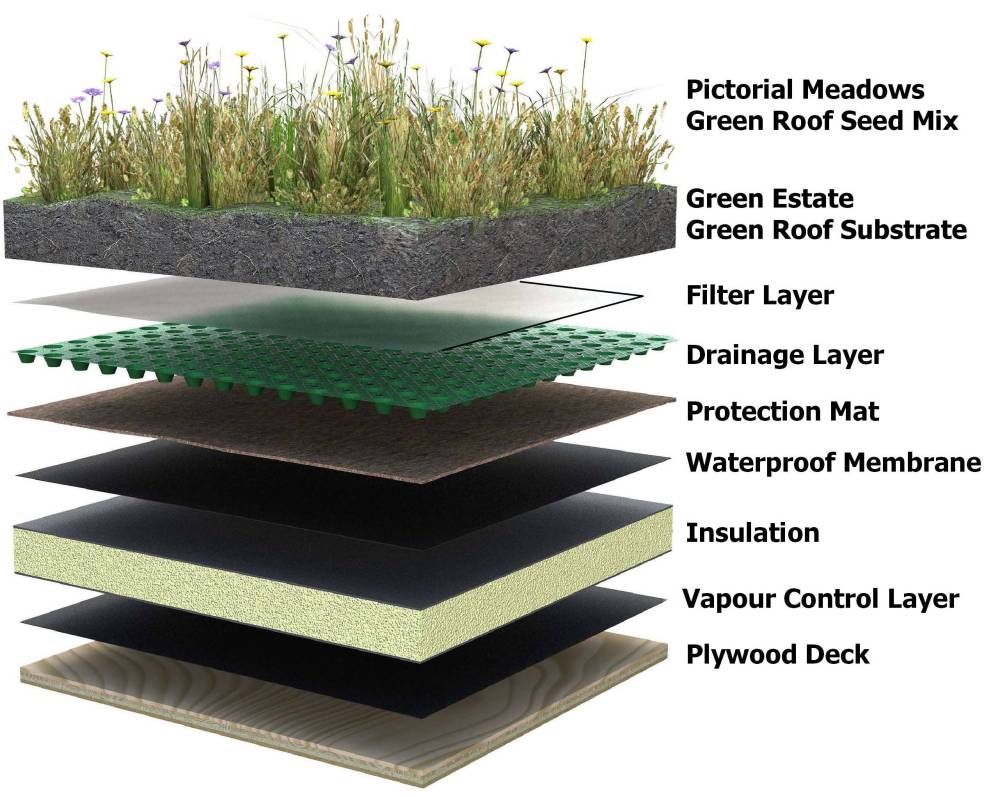 Our mission is to advocate and promote the integration of green infrastructure in urban planning, globally.

Since 2009 WGIN has expanded to represent 22 National Associations and has held 10 World Green Infrastructure Congresses. WGIN has established supportive working research committees and has an active enthusiastic board of directors representing 11 nations.

As a registered Not-For-Profit association our primary driver is passion and a strong united belief that our world must develop in respect and synergy with nature.

The transition from ‘grey to green and blue infrastructure’ for building and urban design is the goal of our efforts as a collaborative global network because “vegetation makes it possible”.

In 2019, WGIN set up a European Chapter with the aim of raising awareness among EU policymakers about the multiple benefits of green infrastructure.

To be a global advocate for the integration of green infrastructure in urban areas.

To promote and engage in green infrastructure research and development with like-minded associations and companies.

To promote the benefits of green infrastructure in mitigating the impacts of climate change on urban populations.

The book “Multifunctional Urban Green Infrastructure” is a fruitful collaboration between institutions, organizations, companies and experts in green urban infrastructures under the common idea that Humanity needs sustainable development, where urban areas must seek ecosystem services.

The solutions to many problems can be solved under the experience of nature that for thousands of years has adapted to the environment.

We present the experience of specialists in a wide range of disciplines, which deal with issues such as mimicry, energy-saving, landscape or urban planning.

Throughout 352 pages, the publications include 17 chapters with 30 authors from 17 countries. There is a special section, which describes the international and national organization of 30 countries. Colour photography, tables and graphs facilitate reading and understanding the theme of green urban infrastructure.

Leaders of several national green roof organizations first discussed the formation of an international green building technology organization in Chicago in 2003, and at subsequent green roof events in Portland (2004), Basel (2004), and Washington (2005). It was in Boston in 2006 that the first steps towards a legally chartered organization were taken.

The following year, 2007, at the Green Roofs for Healthy Cities “Greening Rooftops for Sustainable Communities” Conference in Minneapolis, WGIN held it’s first official meeting. Germany’s Manfred Köhler was named chairperson, and North America’s Steven Peck accepted responsibility for ongoing formal activities to move the organization forward. With all legal aspects of the organization settled by 2008, active membership was pursued at the GRHC Conference in Baltimore, and six organizations from seven nations came on board as Founding Members of WGIN. Given the rapid growth in the green roofs, walls and infrastructure industry, WGIN targeted strong organizational growth over the next several years. It is a challenging world, and green building technology is one solution to tackling the impacts of climate change that affect us all. WGIN still strongly believes cooperative effort is needed to work for a better, greener and more sustainable world.

As a decision at the AGM in Nantes, France in 2013, the name was changed to the World Green Infrastructure Network (WGIN). As the industry had evolved, so too had the concept of green city urban planning and a transition away from traditional grey infrastructure practices. Our association responded to support and promote all components of green infrastructure whilst retaining a primary focus on Building Integrated Vegetation systems (BIV). Our primary manifesto may be refined to “vegetation makes it possible”

Our primary objective remains to foster support for National associations to expand and contribute to a global green revolution. Our most active support to nations is holding the World Green Infrastructure Congress in a different nation annually since 2009. To financially support our congress and research committees we accept memberships from Corporations; Nations; Companies and Individuals. WGIN also welcomes likeminded affiliations with other associations such as the EU Environmental Agency and EFB, amongst many others.

For a personal view of back to the fist ten years of our network have a look at our brochure:

The World Green Infrastructure Network (WGIN) brings together national and regional industry associations to promote the development of the green infrastructure industry through training, research, advocacy for new policy, conferences, publications, and promotion.

The WGIN Board holds online meetings each month and the AGM is held in conjunction with our annual congress (WGIC).

Manfred Koehler was elected WGIN President in Baltimore on Tuesday 29nd April 2008. He was reconfirmed in Mexico City 2010, in Hangzhou 2012 and in Sydney 2014. He is since 2008 Vice dean of the Department Landscape Science and Geometrics at the University of Applied Sciences. He works on themes related to environmental impact assessment studies and restoration projects during Harbour development and extension planning; as well as restoration planning of wetland areas. He also is part of the BuGG Bundesverband GebäudeGrün e.V.

Pioneered the concept of Landscape Engineering in India. For more than two decades involved in designing and implementing more than 1500 projects. Principle and Team Head in Designing and Implementing one of the Tallest Green Wall in the World.

David Brasfield is part of the Norsk Forening for Grønn Infrastruktur.

Steven W. Peck is the founder and president of Green Roofs for Healthy Cities, a non-profit industry association that is working to build the green roof and wall industry across North America. Green Roofs for Healthy Cities has over 2,000 members ranging from individuals to multinational corporations. The association has developed a Green Roof Professional Accreditation program with over 650 accredited GRPs, advocates for public policy support of the industry, facilitates research, organizes an annual conference – CitiesAlive and publishes a quarterly magazine called the Living Architecture Monitor and the scientific Journal of Living Architecture. Steven is also founding member and secretary/treasurer of WGIN.

Dr Patrick Blanc has pioneered Vertical Garden design and installations since 1986 in Paris. His projects are now the most comprehensive portfolio in the world . Patrick has received a multitude of awards for such buildings as One Central Park in Sydney and his reputation globally is indisputable. WGIN is honoured to have Patrick as an Ambassador for our global advocacy.

Julian is presiden of the PRONATUR Spanish Society of Urban and Rural Naturation (Sociedad Española de Promoción de la Naturación Urbana y Rural). It was founded as a NFP association with the goal of improving the urban and rural environment through technical, scientific, and entrepreneurial efforts. Julian represents Spain on the WGIN board and has been an active member since early foundation, with his wife Dr Isabelle Briz. Julian’ expertise is in the field of Urban Farming as a sustainable solution to increasing populations and higher demands for food sources. Julian has worked closely with European Economic Community and the European Union to establish quantifiable research data on urban agriculture with a focus on building roof tops and facades.

President for Green Roofs Australasia, Matthew has been the WGIN Vice President since 2014 and a board member since 2010. Since 2007 Matthew has been an active global advocate for a transition towards green infrastructure urban planning and BIV (Building Integrated Vegetation) systems for the built environment, as a means of mitigating the urban impacts of climate variability and improving urban livability. Currently he is the eVP of the World Green Infrastructure Network; president of Green Roofs Australasia and principal of Verdant Solutions Australia. The foundation of his thirty year career is based in disciplines of landscape design; architecture; project management and sustainable building design.

Andres is WGIN board member since 2014. He works at the organisation Red Colombiana de Infraestructura Vegetada (RECIVE) COLOMBIA. He is a founding member of the Latin American Association of Vegetated Infrastructure, LAGIN aswell as a founding member of the China Green Building Council (Hong Kong Chapter). His expertise lay in the field of Living Architectural Systems & Design Sustainable vegetated infrastructure in Bogotá.

Iranian Green Roof & infrastructure Association (IGRA) is a non-governmental, non-profit organization; in cooperation with governmental as well as private institutions to promote and construct Greenspaces. As a representative of WGIN, IGRA has registered and established standards and regulations of Green Roof Design in Iran via the city councils. In-order to promote and inspire sustainable attributes we have attended annual most conferences hosted by GHRC worldwide, and have also released presentations as well as articles and have hosted many symposiums and seminars throughout Iran.

Eugenia Lin is the Executive Director and part of the Academic Committee of the Taiwan Green Roof & Green Wall Association.

More about the Taiwan Association

Sergio Rocha is the founder and CEO of “Instituto Cidade Jardim” (The Garden City Institute), which offers regenerative solutions to heal the urban environment, using the rooftop market to achieve the scale of transformation.

Jure Šumi, has for the past 20 years been involved in Sustainable development and Urban Green Infrastructure in Building & Construction sector. Currently he holds position of Group Brand & Digital Manager at company Knauf Insulation where he is also responsible for Green Solution Advocacy focusing on importance of vegetated building envelope for creating sustainable cities.

Since 2018 he is active member of the World Green Infrastructure Network and is WGIN’s representative and spokesperson for green industry on the EU level, actively influencing EU’s green infrastructure policies. In August 2021 he was promoted to the board of WGIN and is official representative of WGIN at the EU Bauhaus project.

He is also a President of Slovenian Green Infrastructure Association and regular guest speaker on international events related to urban green infrastructure.

Marta is a Doctor of Agricultural Sciences (Specialising in Landscape Architecture) and si the president of the Polish Green Roof Association (PGRA).